Part 3 of our Expert Series with Holger Lörz

Seeing the Bigger Picture: How to Manage your Project Management Portfolio

Maintaining an overview of existing projects can prove challenging for any project manager. Oftentimes, projects will be postponed, temporarily stopped or even cancelled. On other occasions, projects are expanded or integrated into other projects. With several irons in the fire, even experienced project management professionals can see delays creep into project phases. And at this point, the project manager tends to ask themselves, “What went wrong?”.

In reality, the causes of delays often originate in the measures taken – or not taken – before the project has even begun. Frequently, a lack of methodical approach, insufficient communication and unclear responsibilities will lay the groundwork for problems and, ultimately, delays later down the line. Multi-project control is, naturally, seen as one of the supreme disciplines of the project management world. To these ends, project managers will utilize capacity planning tools and Gantt charts in the hope to maintain an overview. But is multi-project control wholly necessary, or indeed desirable?

It is an important but frequently neglected fact that a system can only produce as much output as the smallest unit, the bottleneck, allows. When project managers fail to recognize this and incorporate it into their methodology, the system becomes clogged up with conflicting priorities – this is where the problems begin. As a result of this high-stress scenario, managers become nervous and force their priorities, using knee-jerk reactions and pressure tactics. Employees, receiving several conflicting orders, can no longer understand or effectively implement managers’ decisions. As a consequence, tensions rise and management takes on a sterner tone, leading employees to retreat to their individual areas of responsibility to avoid getting caught up in the crossfire. To make matters worse, at the end of this vicious cycle, yet more effort is expended creating documentation to justify the delays. Ultimately, the outcome of these unfortunate developments is always the same: delays.

Where clogs occur, resources have often been purchased at inflated prices, due to the last-minute nature of the planning phase. Again, this means more internal work, further hindering the project and entering the company into a negative spiral. Before long, the focus becomes salvaging individual projects as managers and employees at all levels attempt to assert themselves. Fitters start taking each other’s parts away, scarce resources are hidden out of fear that they will not be found at site the next day and bosses approach designers and machine operators directly to ensure their assignments are given preferential treatment.

Scenarios such as these are certainly not conducive to successful multi-project management; more often than not – and, perhaps, unsurprisingly – they result in companies completing fewer projects per year than they would have been able to otherwise.

The good news is that much can be gained from an appeal to common sense. Let’s suppose that we’re sitting on a plane in Berlin, for instance, due for imminent departure to London. If there is a high chance that a storm will occur over London, it only makes sense that the aircraft will remain on the ground in Berlin, since it cannot arrive at its destination. Most of us would agree with the reasoning behind this thought process – so why not think of project work in the same way? Before setting off on any journey, it is always worth having a clear picture of what might lie ahead.

In project management practice, it is important to always maintain an overview of projects. The way to achieve this? A clear sequence of tasks. Experienced project managers will no doubt be familiar with the A, B, C system of classifying priorities, ‘A’ being the most important, pressing priority and ‘C’ being the least. The problem with this system is that it is often prone to change under the shifting sands of competing priorities. ‘A’ quickly becomes ‘A+’, while other tasks are given top priority by management. Resultantly, all frameworks for prioritization are rendered at best confusing and, at worst, entirely meaningless. The first step in moving from project priorities to project sequences is to differentiate between the strategic project sequence and the sequence of projects currently in progress. The former is related to new and upcoming projects, while the latter are found in different project phases and are handled by different areas.

In the case of the strategic project sequence, the project portfolio is evaluated as part of regular status meetings and the individual projects placed in sequence. There are two important points to note when sequencing projects: firstly, the evaluation of each project should take place according to risk aspects as well as commercial and strategic criteria – this is something each company should define for itself. Secondly, decisions regarding project sequences should be taken by senior management or the company’s strategic project steering committee on the basis of a decision template. The key considerations to factor into the decision template are detailed resource planning for the bottleneck, the resulting stabilization of projects in the area of the bottleneck and risk and stakeholder analysis.

Let’s suppose three projects are due to start at the same time.

In Step 1, we identify the bottleneck – this can be defined as the most pressured resource in the value chain. Note that this should be the permanent bottleneck, not merely a short-term capacity fluctuation. More often than not, the bottleneck can be found in the development, assembly or start-up phase.

For Step 2, we decide how the bottleneck can be optimally utilized. This will mean ensuring that employees in the bottleneck area are properly focused and are working with a clear sequence. Of course, it is also important to ensure resources never run empty at the bottleneck – this should never occur if resources are allocated properly.

At Step 3, plans should be drawn up for optimal use of the bottleneck, with all other factors as subordinate. For this, it is important to ensure that only as many projects in the organization as can pass through the bottleneck and adapt other upstream and downstream phases to accommodate it. This ensures the fastest way to accelerate the three projects through the organization.

In Step 4, we expand the bottleneck. If you find that, on a long-term basis, more projects are processed than the bottleneck has capacity for, it’s time to expend. It is important to note, however, that this expansion should only be carried out if this is truly the case, as expansion will increase your fixed costs.

Lastly, for Step 5, we re-identify the bottleneck at regular intervals. After the previous steps, check whether the bottleneck has shifted. Examining the project phases that are ready to start but still pending because of capacity bottlenecks will help you identify this shift.

Critical chain organisations will frequently look to optimise their processes on the basis of this sequence of steps – when it comes to project planning, the results are clearly beneficial. But in project management, as in life, plans can often go awry. So, what to do if new risks emerge after beginning a project?

Well, first and foremost, you’ll need to know how long the project is likely to take before it can be handed over to the next phase. This will allow you to determine the ideal place in the sequence for the upcoming project phase in light of new challenges. Using the estimated remaining duration, the end date and current buffer consumption, an urgency score can be calculated that will indicate the best possible place in the sequence for the delayed project phase. This task is far easier if risks are engaged with honestly during the planning phase.

When managing any project portfolio, there are two critical success factors: communication and transparency. In order to ensure these two values are upheld, a phase handover meeting is invariably beneficial. A tried-and-tested tool in project management, the purpose of a phase handover meeting is to ensure a smooth handover from one phase to the next when projects are ready. Once it becomes clear which project is ready to move on to its next phase, the necessary coordinating arrangements should be drawn up by project managers, departmental heads and those responsible for the project phases in question.

When handling any handover discussion, project managers should invariably ask the following questions:

For any project manager hoping to engage in effective multi-project tasking, a transparent representation of the project portfolio is always necessary – only with this can meaningful conclusions be drawn about the multi-project environment.

To conclude, as when assessing risks, it is always important to not only maintain a view of the bigger picture, but also how each smaller component can fit together optimally. By communicating openly and transparently, project managers can ensure successful multi-project tasking takes place through a clear sequence of tasks. The alternative amounts to something like a game of musical chairs: dwindling resources are allocated and reallocated according to the conflicting desires of increasingly panicked project managers, with the music getting faster and faster.  Rather than engaging in a language of “priorities”, then, try to replace the word with “sequence”. If the sequence is visible and has been established using the 5-step process as previously outlined, you can look forward to clear skies ahead on your journey towards harmonious project management practice.

Everything you need to know about our new Feature: The Board View

Learn more about our new board view, how to use it and how Allex can help even Marketing and Sales Departments optimise their Projects and Tasks. 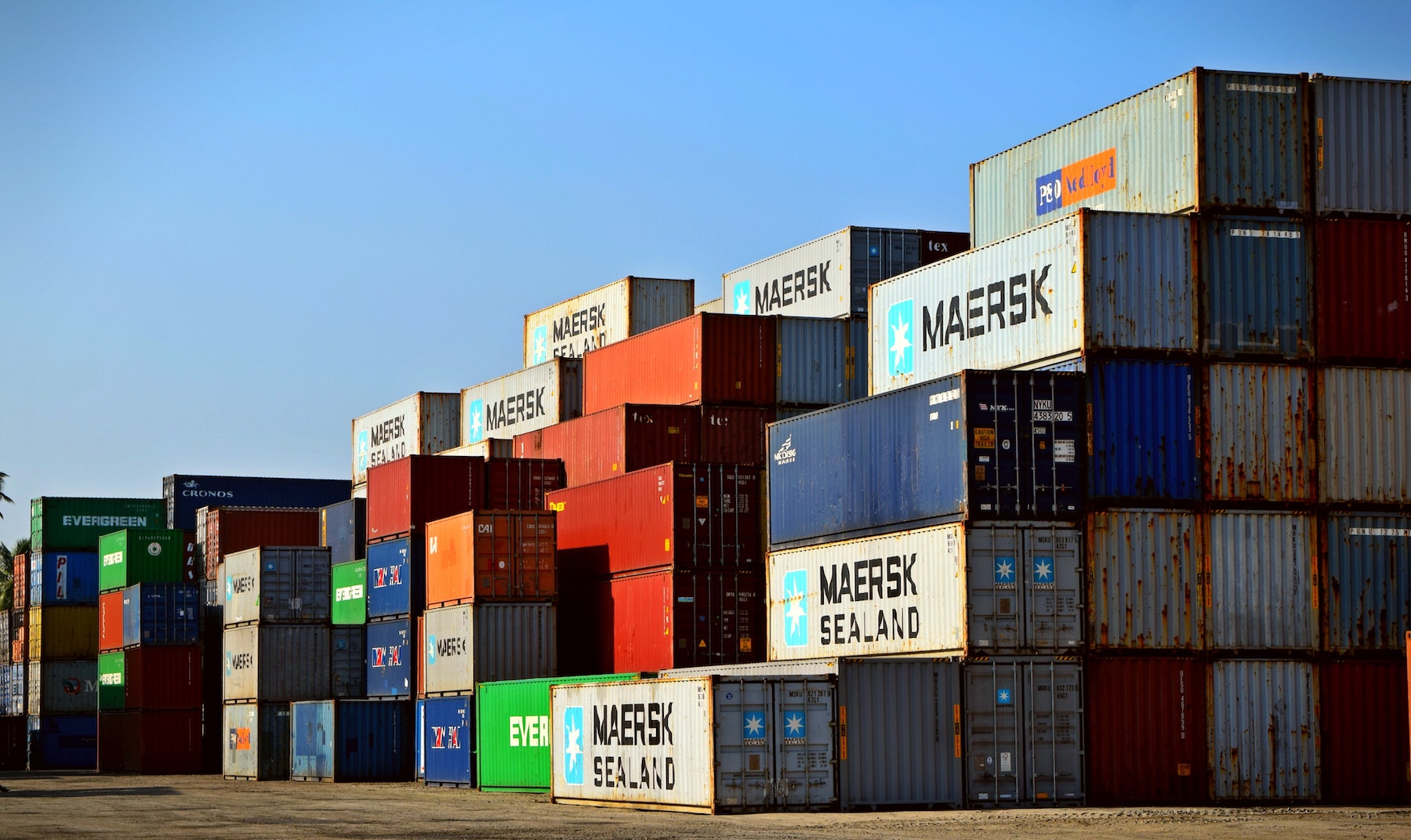 Logistics Through the Ages

‍How Logistics 4.0 changes everything and companies can benefit from comprehensive digitization.

Recap of the LogiMAT event

We reflect on our experience attending LogiMAT, interactions with customers and some pictures of the event.