Group Meetings: How to Make Them Productive and Efficient

At this point, almost every one of us has found themselves winding up in the following situation:

You have a stressful day and there are more than enough things to work on. You start stressing and try to crunch all your tasks, so that you can finish your project on time, but as soon as you think you’ve got the hang of it, you receive an invitation to a meeting. In fact, it’s what feels like the 100th meeting this week and you don’t even understand the need of participating in it in the first place. There is no further information about the topics your team will discuss, the invite just says, “weekly team meeting”. And still, you accept, because it just seems like an unsolvable issue nowadays. You already know that the meeting is going to take much longer than anticipated and that your colleagues are happy to banter but not much else will be going on.

But don’t worry, you’re definitely not the only one thinking that way! In fact, a recent Harvard study revealed that about 71% of those interviewed perceived their work meetings as unproductive and inefficient. And that’s not all. 67% of all meetings are considered failures and 92% of the interviewed people confessed to multitasking and generally not being productive during meetings.

These numbers might come as a surprise to you. Because although we knew all along that quite a lot of time we spend on meetings goes to waste, it’s still shocking to find out about the actual numbers connected to it and it should be a major wake-up call for all of us.

So, what can we do to brush up on our productivity and efficiency? The following post contains valuable tips for you on how exactly you can improve your -  ultimately your business’s - time spent.

Work with an agenda

The most essential change that needs to be made is to only attend meetings that are well structured. If you receive an invitation to a meeting that doesn’t come with a clear sequence and task management table, always ask the person responsible to draw it up and submit it to you and your colleagues. Once you get your hands on the meeting structure document, read it thoroughly and try to think about the points you would like to make regarding the topics listed. That way, you have an expectation about what will be discussed during the meeting, and you have a rough estimate of how long it will take your team to tackle every topic.

This is how much money a meeting usually costs

Companies love to calculate the costs of nearly any resource. You start thinking about how much money you are going to spend on Google Ads, hosting business events, design, a professional editor for your website, videos, flyers, and more. But have you ever thought about how much it costs to host a meeting within the team? Probably not. Once you think about it, it’s quite shocking that little to no attention is paid to this aspect of everyday business life, especially because it’s so easy to calculate. You just have to think of all of the usual participants, estimate their salaries and hourly wages and the time spent participating in the meeting and the results are usually surprisingly high. Keeping that in mind, you are hopefully more inclined to keep the meetings brief.

Is having a meeting even necessary?

You should also ask yourself if there is a need to host a meeting in the first place. If you just want to do a quick check-in or have a question about a task, just call one of the people in charge. This way, you might get away with a 10 minute call instead of a one hour meeting and in addition to that, you talk about it with fewer people, thus saving 10 other colleagues’ time, who can spend it in a much more productive way. You can also consider sharing information in other ways, such as sending an email with all the important facts and figures. This is especially worth doing in the case of sharing recent accomplishments. It saves a lot of time and people can decide for themselves when they want to take the time to go through it. But even though this might be the perfect strategy for some occasions, you can’t solely rely on this technique. But when you have to discuss topics in a meeting, there are other helpful ways to spend it in a productive way.

Oftentimes, meetings take much longer than expected, since people love to get together and make small talk. If a timeslot of an hour is already booked in everyones’ calendar, they are more than happy to use all of this time, even though they might not need it. Therefore, you should only book half an hour for a standard meeting. If you discover that you need a couple more minutes, you will surely make time for it, but if you are finished within these 30 minutes, you don’t spend time talking about unproductive things and instead solely focus on what’s important in the present.

You can take it even further and start assigning time slots to every one of the participants, so that you have a more precise estimate of the meeting’s length and can assure that time is spent productively. Think about how long the meeting should be, then start to cut it down on each of your participants and think of how long every individual person needs to get their point across. Of course, you can assign 5 – 10 minutes to everyone, but it usually makes more sense to think about what exactly they need to report on or ask about and give them timeslots of individual length. Once everyone has been given their slot, you can make one of them (preferably the host) the time guard, who is responsible for paying attention to the time spent and speak up if there is an overlap. But although you might be able to shorten the meetings, it doesn’t necessarily mean that they are going to be more productive.

There is no guarantee that all of your colleagues will pay attention to what is being said. If you host meetings without video, people are more likely to multitask or even spend time on something non work related. In fact, a whopping 57% of employees admitted to doing something different on phone calls. This might come as a surprise to you at first but let’s put it this way: Imagine you are having a super stressful day and a multitude of tasks to complete, and it feels like you would have to spend the whole night in the office in order to get all of it finished. In addition to that, there is a meeting this afternoon about a topic you have already discussed multiple times. So, what do you do during the meeting? You multitask. You try and concentrate on two things simultaneously which realistically speaking never works. So, you will be unproductive on one hand, but it’s not the only problem that comes along with phone calls. About 80% of messages are received through body language such as posture, facial expressions, etc. In conclusion, if you can’t see anyone during meetings, messages might be interpreted wrongly and sometimes when you don’t get a response from your team members when presenting your accomplishments, you can’t even see their faces and understand their view on it, which is even worse. But there’s a simple tip to put an end to this vicious cycle: video calls. This might not sound like a massive improvement, but it definitely is. Only 4% of employees multitask on video calls. Let that sink in. You can reduce the number of people multitasking by 53% just from hosting video calls instead of phone calls. Your meeting will be much more engaging and productive, and this attitude will transfer to your team and your coworkers will be much more motivated to pay attention to the topics being discussed.

To sum up, there are quite a few things you can do to ensure more efficient meetings: 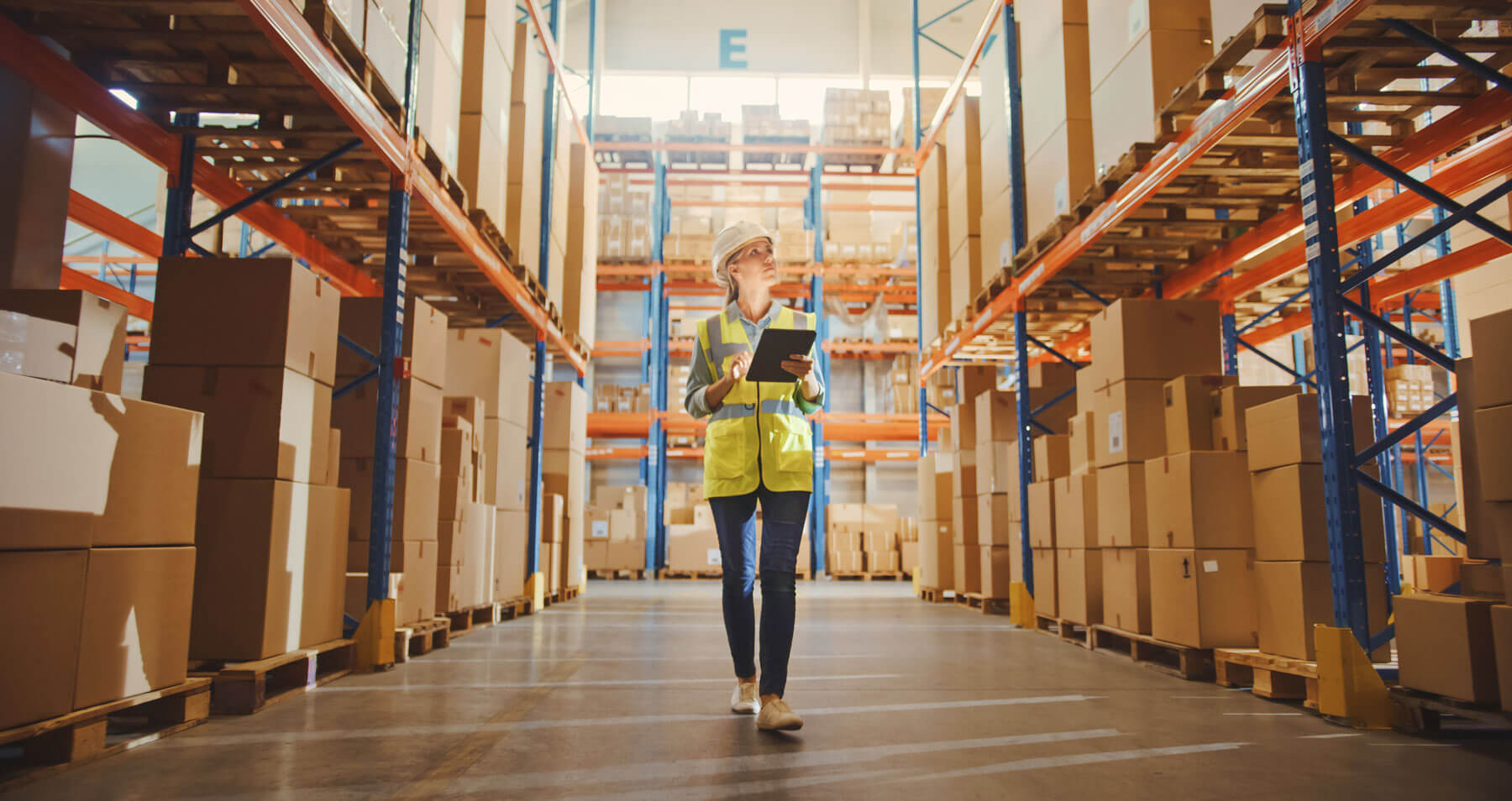 The Importance of Project Management in Logistical Processes

How logistics processes can benefit from the use of intelligent project management software across all industries. 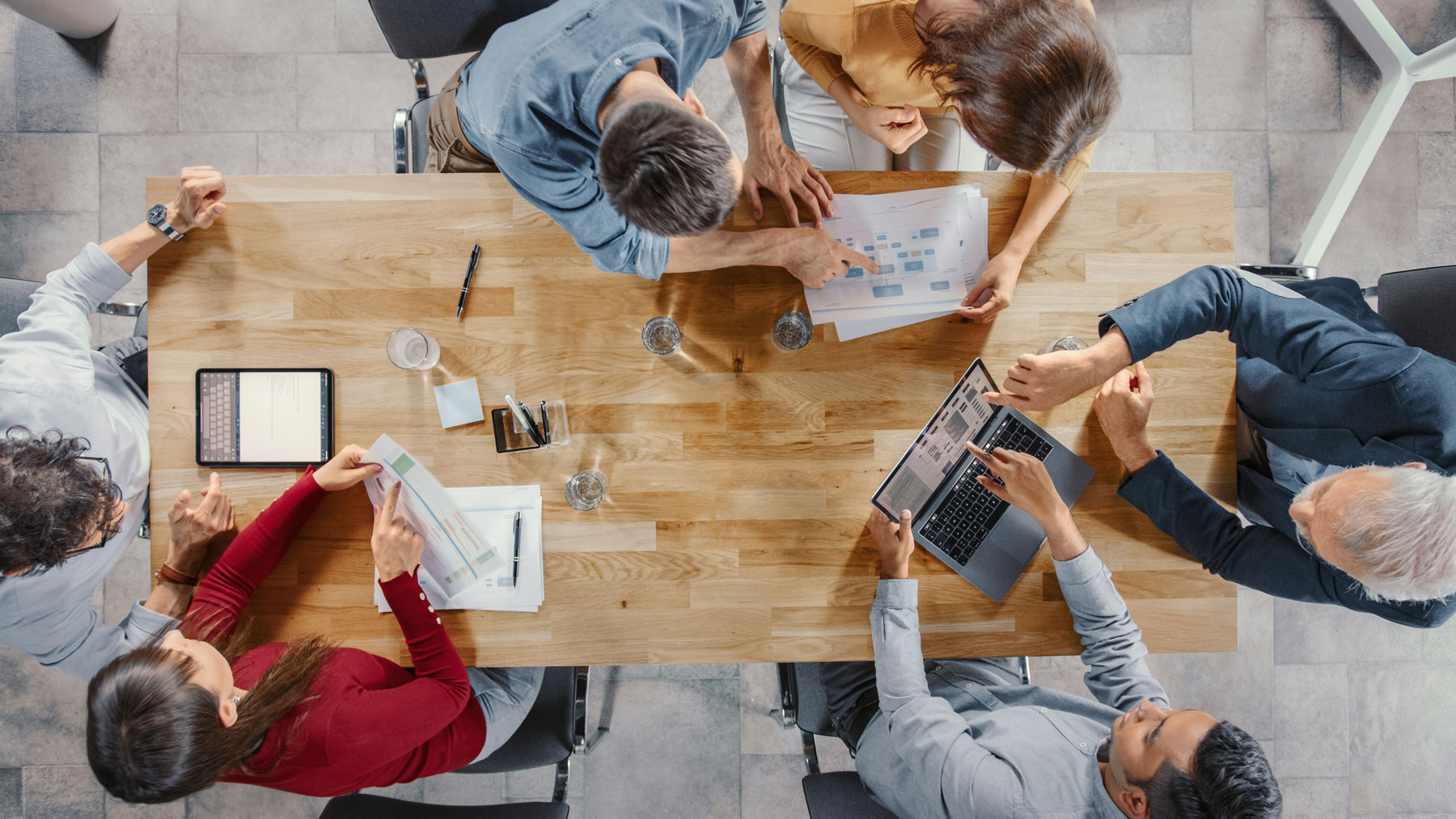 How to master your multi-project planning easily and efficiently on different levels.

Learn how to use the recent developments in virtual reality, medical robots, data protection, 3D printing and PM software to your advantage.